Monarch Butterfly and the Rule of Thirds

​I took this photo at the Dallas Arboretum when I was down visiting my daughter, Gina, and my grandkids.  That is an amazing place and if you're ever in Dallas it is something you might want to explore. There are certain rules of composition that work to make a photo you take more compelling.  And certainly there are numerous examples of great photos in which these rules have been broken, yet the captured photo image comes out as a masterpiece.  However, using The Rule of Thirds​ will work for the majority of pictures taken.  Imagine a tic-tac-toe set of lines superimposed upon this shot with two vertical lines 1/3 and 2/3's in from the left side of the picture running from top to bottom and similar set of horizontal lines running left to right.  The four locations where the lines intersect are "hot spots," if you will, where the human eye naturally goes to.  When framing a shot in your viewfinder, place the main subject at or near one of these spots, make sure it is in focus and press the shutter.  It's that simple.  Many of the newer DSLRs will actually have the ability to have this grid pattern shown in the viewfinder to make things easier for you.  You will need to go into your camera's menu or owners manual to see if your camera has that capability.  There was a little breeze and movement in the flowers so I shot this with a higher ISO and a more open aperture to create a faster shutter speed so that I could freeze the image in order to get a sharply focused picture.  The EXIF data: ISO 800, 105mm, 0 ev, f/5.6, 1/1600s.  I used may favorite "walk-around" lens, the Canon 24-105 f/4.  I zoomed in tight and the combo of the zoom and the relatively open aperture made for a nice bokeh effect, blurring the background. The side lit scene also added some drama and draws your eye towards the butterfly. 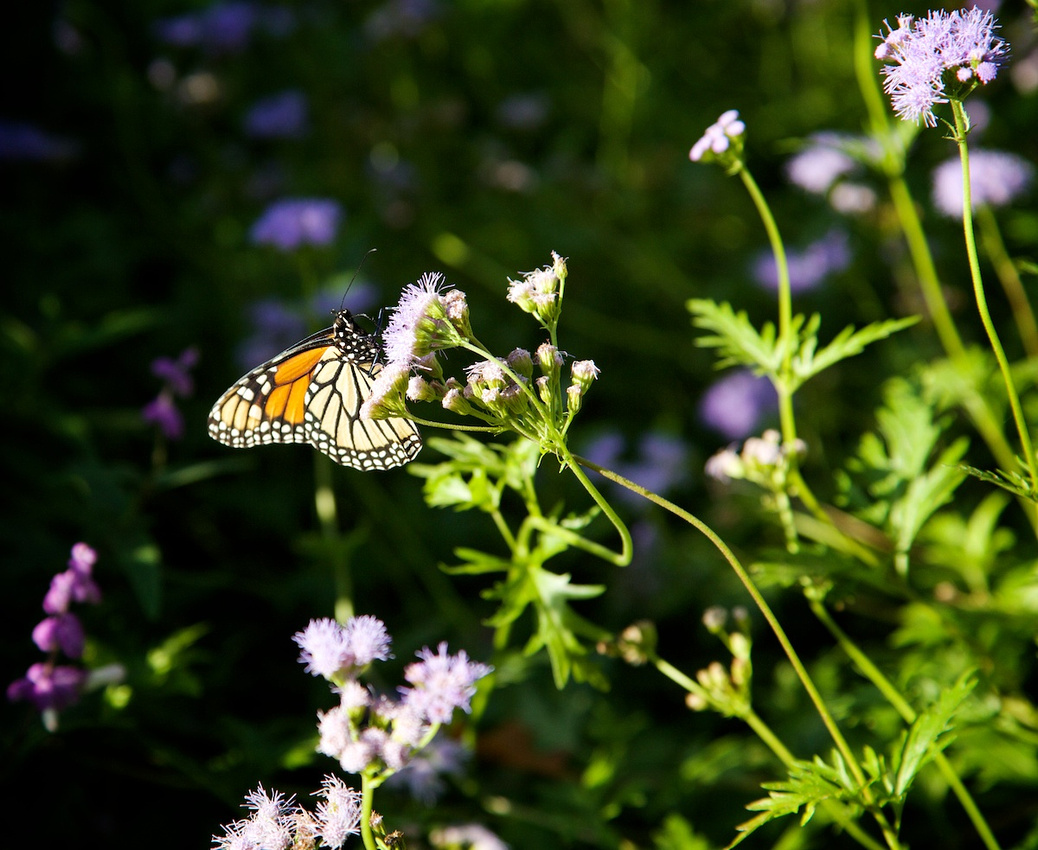