What can I say about my granddaughter, Gianna.  Her laugh is something so warming to one's heart.  It just makes a smile explode upon your face.  Yet, when it comes to trying to take a picture of her, she is so elusive that it's difficult to try to capture the real spirit and essence of Gianna.  I was able to capture this candid photo of her brushing her hair aside.  The natural act, in and of itself, is such the essence of being female. And at such a young age!  It must be some imprinted sequence in the feminine DNA aimed at impacting directly upon the male of the species.  I like the "Rembrandt lighting" in this photo, compliments of the double French doors leading to the Shipley backyard. It is named for the Dutch painter, Harmensz Rembrandt, who often used this type of lighting in his paintings.  Rembrandt lighting is characterized by an illuminated triangle under the eye of the subject.  The key in Rembrandt lighting is creating the triangle or diamond shape of light underneath the eye. You can easily use any window in your home to naturally light up a subject.  Also notice what are referred to as "catch lights" in the irises of her eyes.  If you can capture those its an added bonus and is essential to the portrait photo. 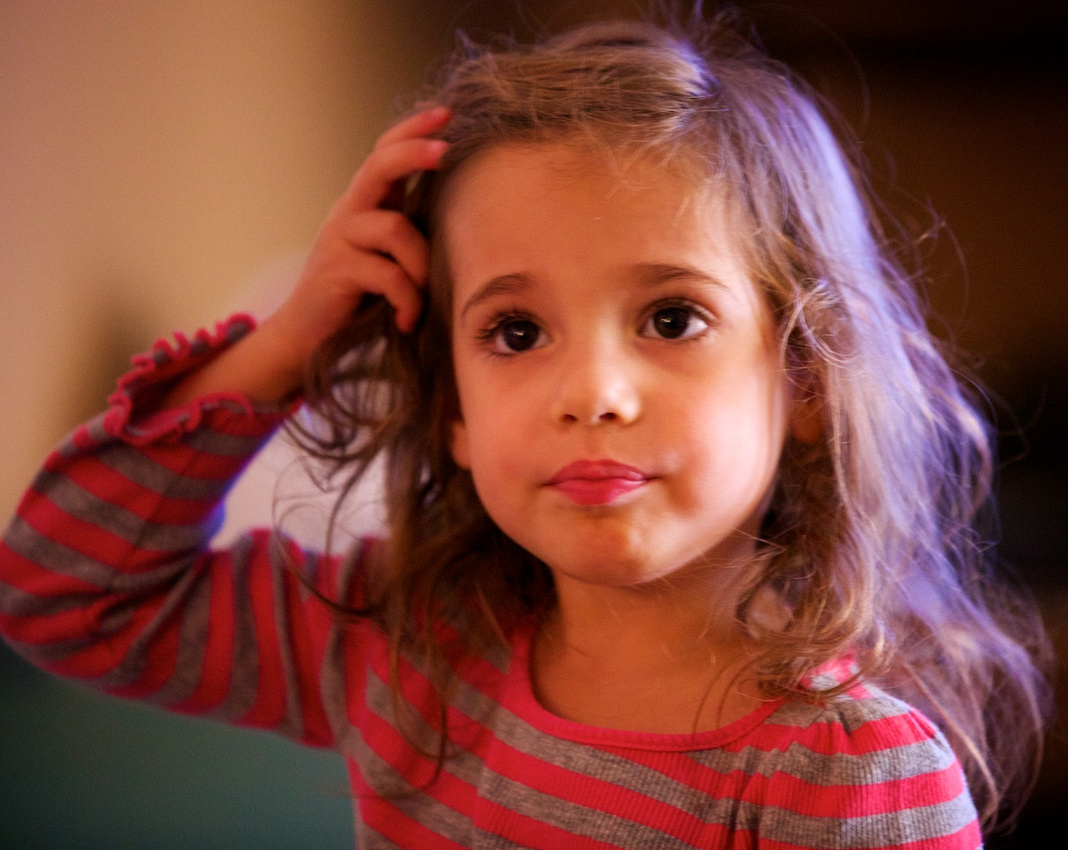